With a Little Patience

I recently had the wonderful privilege to meet two wonderful film makers, Howard and Michelle Hall, after watching their latest IMAX film — Under the Sea 3D. This spectacular IMAX 3D film showcases the life of numerous marine sea creatures throughout Indonesia, Papua New Guinea and Australia. In this film, Howard Hall and his team painstakingly capture the intricate lives of sea creatures such as the flamboyant cuttlefish, leafy sea dragons, great white sharks and a multitude of other marine life.

Using sophisticated rebreathers, Howard Hall and his team can spend countless hours underwater observing a single creature. But this is only after spending numerous hours scouting for the specific locations to film and the laborious work to logistically make it all possible. What they produce is the essence of what natural film making should always measure up to be; not some adrenaline-hyped production film (i.e. some of Discovery’s Shark Week), but a true testament of what the natural underwater world is like.

Howard Hall and his team have been able to capture some stunning animal behavior using, among other traits, a lot of patience. And it is this patience that I find myself constantly preaching to other divers with whom I have the pleasure of speaking. Certainly racing down the reef has its positive points (i.e. a good cardiovascular workout), but if they practice a little patience, the underwater experiences can match what Howard and Michelle Hall bring to the big screen — behaviors that will take your breath away or make you laugh uncontrollably. Recently, while diving at my favorite muck dive site, I practiced a little of this patience as I watched a pair of Spiny Flounders (Engyophrys senta) moving about in the sand. Finding these two inch Spiny Flounders is, in itself, a test of patience, for they are masters of camouflage; they match the look of sand down to the smallest pebble. In fact, scientific tests have shown flounders are capable of producing a matching geometric pattern when placed over a checkered board.

Observing them, I began to notice a distinctive behavior; the male, in his heighten state, would spin in place and his coloration would intensify. After numerous failed attempts with a number of females, one particular female finally took interest in this flamboyant flounder. Allowing him to approach, they faced each other momentarily. Suddenly they curled their bodies in an ‘s’ shape and appeared to be in deadlock; neither one ready to make the next move.

The female flounder began to swim up with the male quickly positioning himself directly below her. Nudging her from below, the male flounder fluttered his body excitingly as they spun a time or two. Further and further up into the water column they went. Neither camouflage or fear of predation was on their mind. Reaching the climactic point of their embrace the flounders quivered one last time as their eggs and milt mixed in the water column. Quickly they spiraled towards the sandy bottom and went their separate ways. What I had just witnessed was the mating ritual of two Spiny Flounders. Had I not waited long enough, chances are I would have missed the whole show, for it lasted only a couple of seconds. And so goes many of the most interesting behaviors in the underwater natural world.

As I sat to have dinner with Howard and Michelle Hall we had the opportunity to speak a little about the different animal behaviors we have seen. With eyes glittering in excitement we spoke of them with the kind of enthusiasm only us fish nerds can appreciate. Whether the creatures are leviathans or microscopic, observing the secret life of marine creatures is always full of surprises and laughs. All it takes is a little patience. 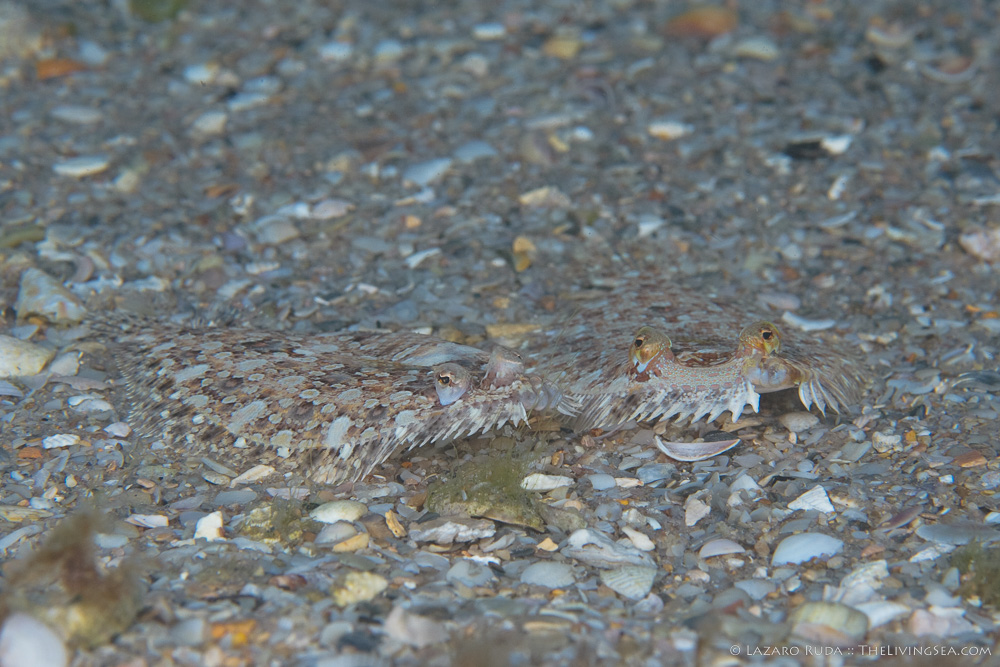 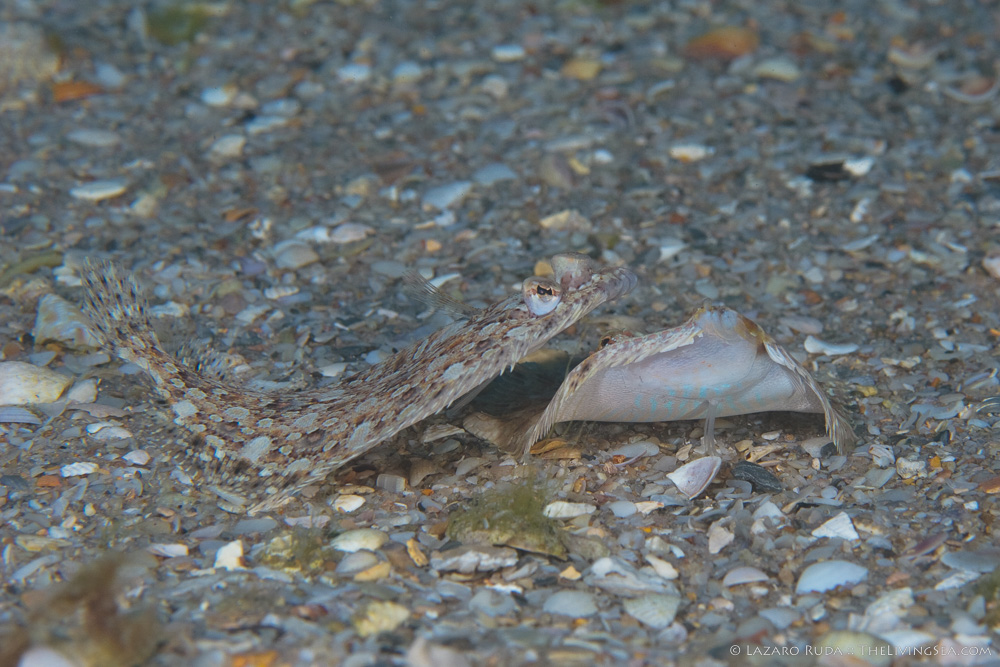 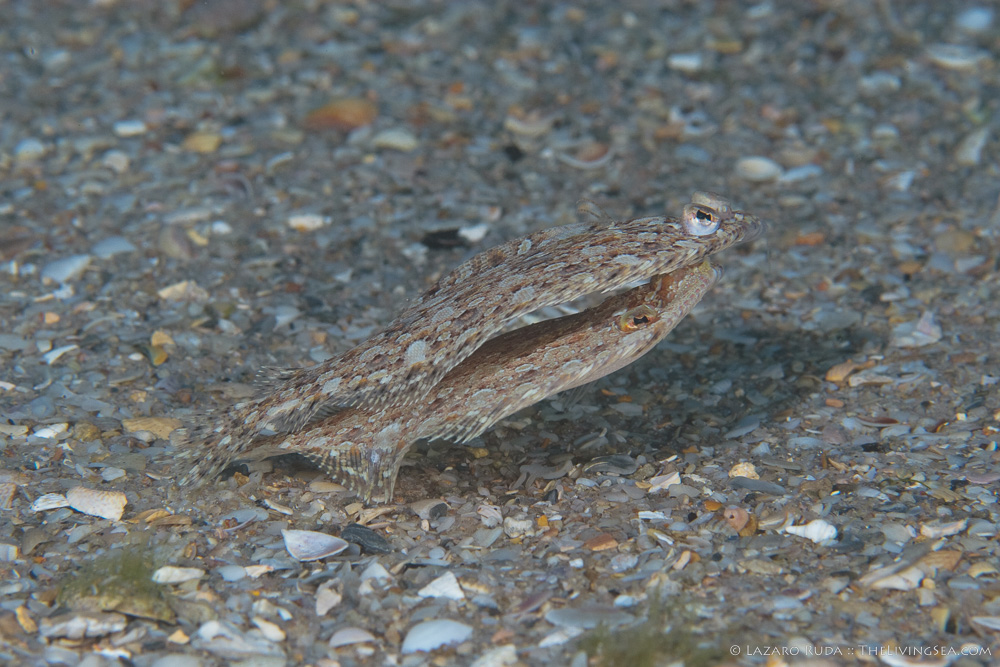 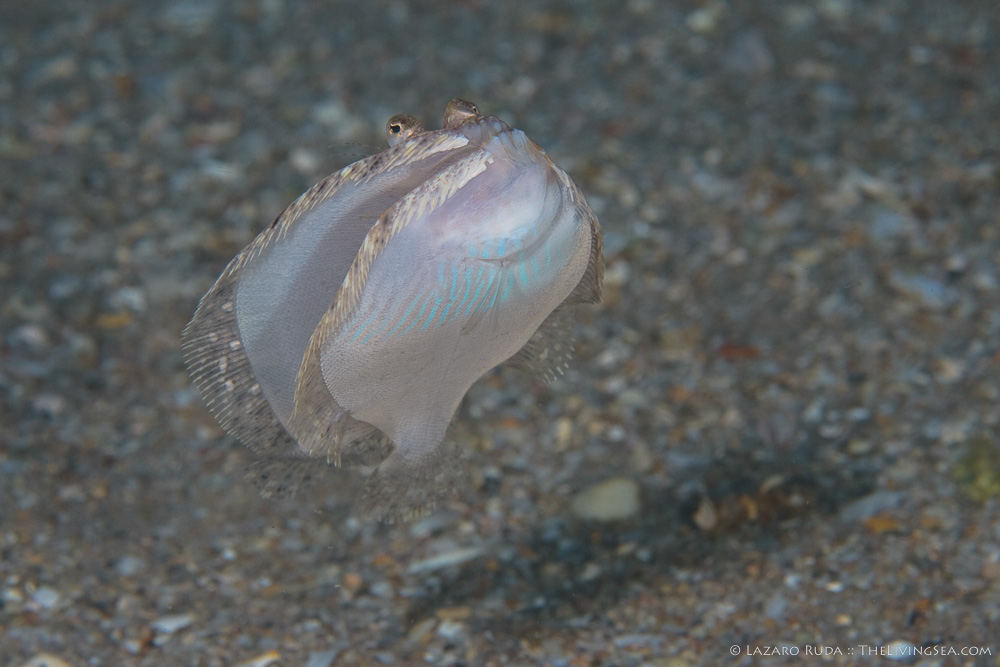 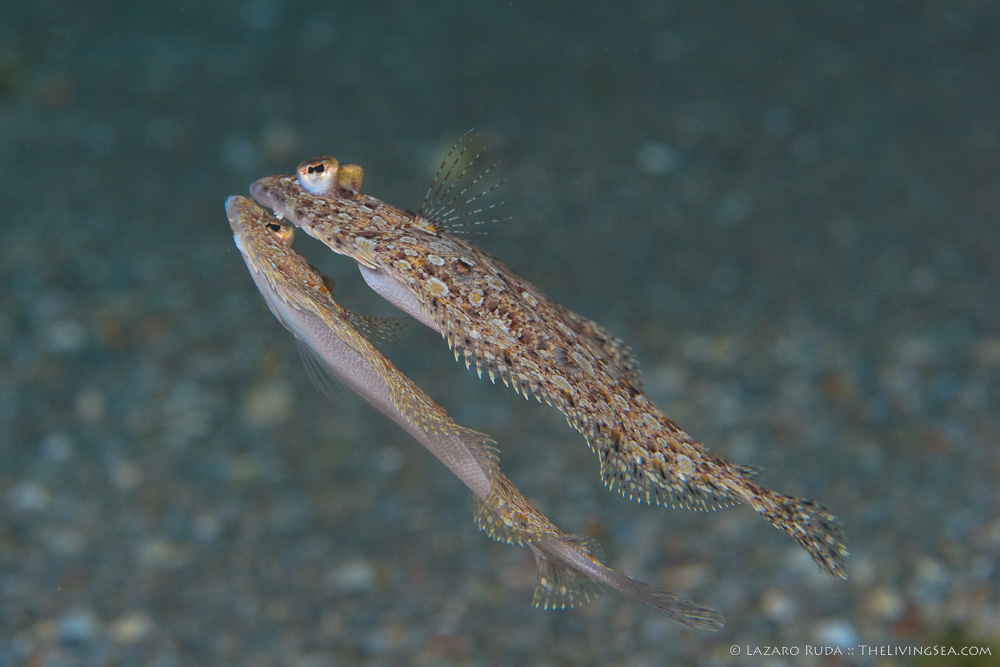 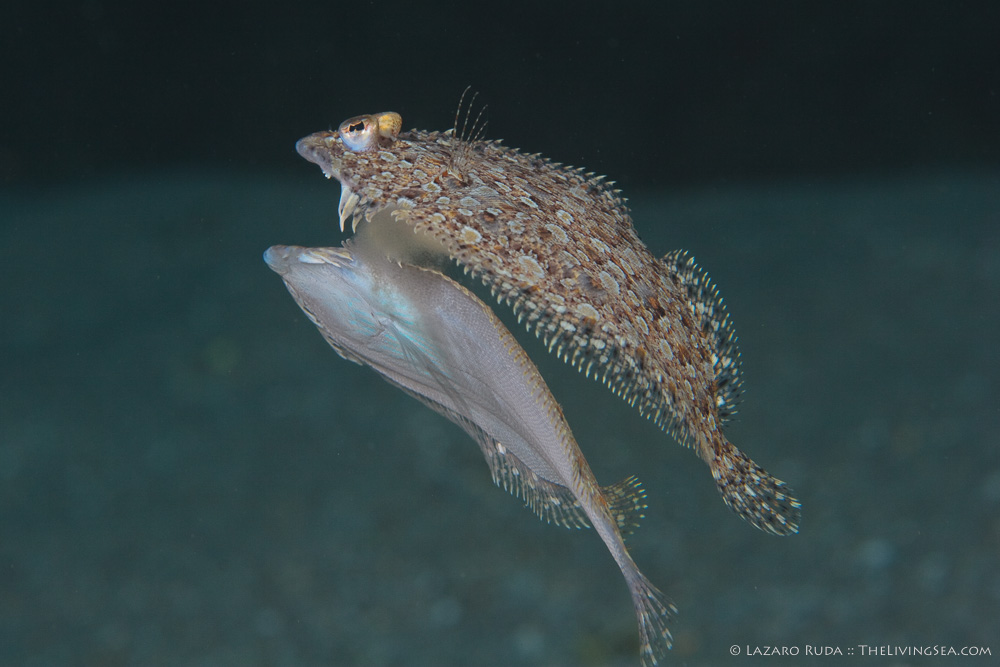