To the uninitiated, the thought of jumping feet first into the black, inky darkness of the ocean at night ranks high on the list of things NOT to do. It isn’t until you take that leap of faith that you come to understand that many of those fears are unwarranted. The ocean at night can be a magical place.

There is a changing of the guard as night falls. Many diurnal inhabitants seek shelter within the safety of the reef, and slowly the nocturnal dwellers begin to emerge. As the last rays of light slowly begin to fade, every inch of reef and sand boils with life.

Unearthly creatures begin to venture forth under the cloak of darkness.

Traveling throughout the reef requires an adept set of senses. Some use a highly evolved sense of smell, others have vision capable of working under the faintest moonlight. But as nature prescribes, both predator and prey are gifted with these senses and no one is granted a free pass.

Slowly moving along the shallow reef, I search for a gold mine of creatures. My veins brimming with ebullience as the beam from my flashlight uncovers the mysteries of this watery world.

Scanning the top of the reef with my light, I catch the sparkling eyes of an octopus on the hunt. With its psychedelic-colored cape, which is intertwined between each of its arms, the octopus envelopes patches of the reef — a behavior known as tent feeding. With the octopus’ eight arms writhing underneath the coral, any prey that attempts to make an escape will find itself ensnared in the octopus’ trap. However, the octopus must be cautious as it hunts, for its archenemy, the moray eel, hides within this reef. Squids have eight arms and two longer tentacles which they use to capture their prey. The inside of the arms are equipped with suckers that allow the squid to firmly hold on to its prey.

But it’s not just fish and mollusks that are the predators, the reef itself is a menagerie of mouths awaiting a drifting meal. Like insects to a light, the beam from my flashlight attracts an abundance of planktonic creatures. Any of these minuscule creatures who wander too close to the corals are ensnared within the gorging mouths of the sticky, coral polyps.

Close relative of the octopus, a Caribbean reef squid hovers above the reef. A maelstrom of metallic reds, browns, and yellows swirl the length of her body in excitement. She is attempting to communicate via a kaleidoscope of chromatophores Organs that are present in the skin of many cephalopods that contain pigment sacs that become more visible as small radial muscles pull the sac open making the pigment expand under the skin. in her skin, but the message is indiscernible to me.

I attempt to interact by mimicking her play of tentacles with my fingers, all the while she holds steadfast. In a moment that breaks the protocol of predator and prey, the squid reaches out and grasps my hand ever so gently with the tips of her tentacles. The suction in each minute sucker attempting to distinguish what I am. Her body slowly inches closer and begins to tremble. Seconds seem like minutes in my mind as I hover spellbound in this unusual encounter.

In a glimpse, she disappears into the dark of night leaving in my palm a curio of earthly delight. My mind quickly recognizing this opaque, cylindrical-shaped object as squid eggs. I gaze in wonder at this miracle of life affixed to my hand. Somehow appointed to me by an imperceptible connection between two unlikely species. The onus left to me to safely secure it to the reef away from any potential predator. While filming a caribbean reef squid, I reached out my hand to interact with the squid. Much to my surprise the squid deposited a package of eggs on my hand.

With the time limits of my dive approaching, I slowly ascend to the surface. My body colliding with a constellation of lights emitted, not by some celestial body, but by the chemical makeup of a magnitude of living creatures suspended in the water column. Basking on the surface in a pool of green and blue fluorescence this once terrifying dark ocean becomes a mesmerizing and magical world. 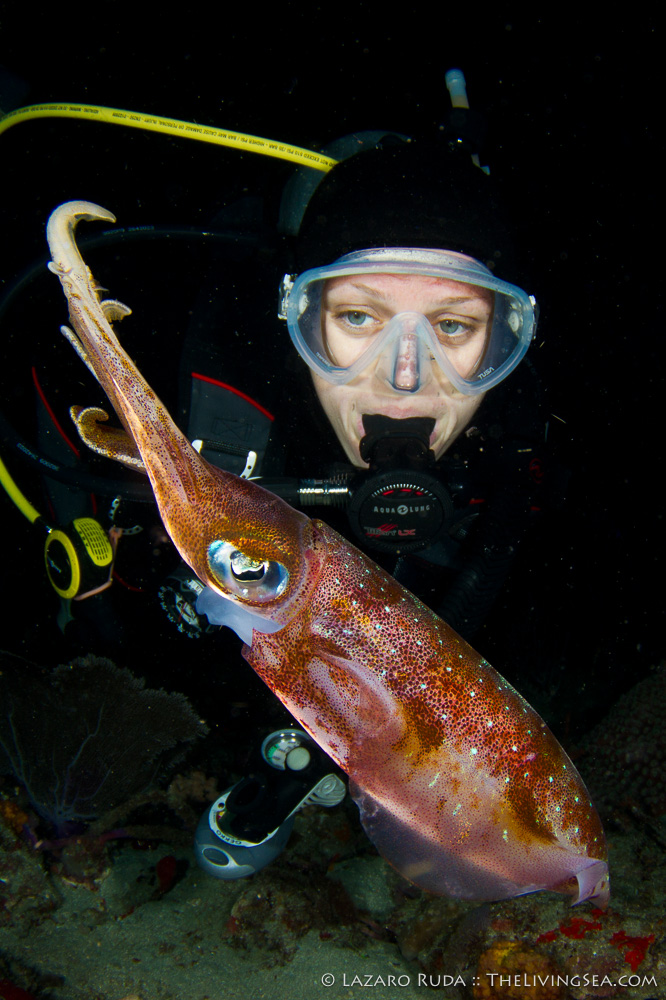 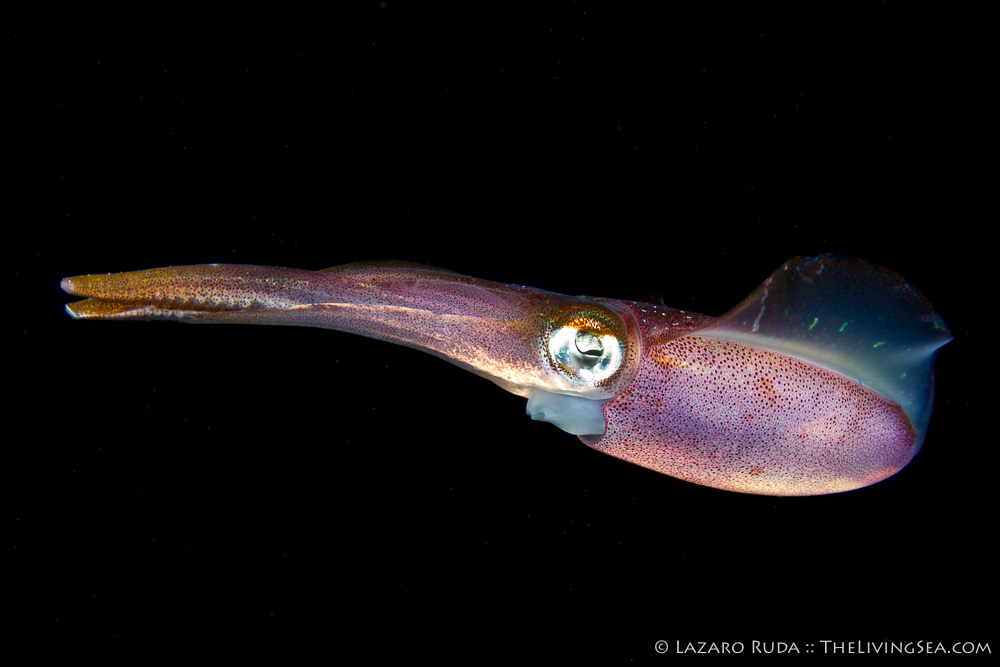 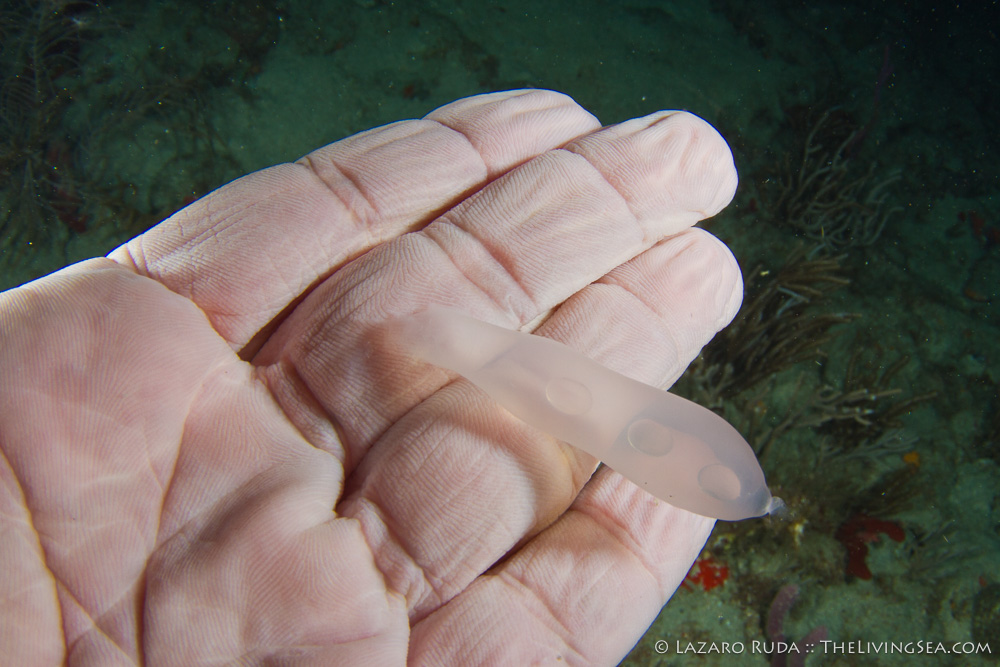 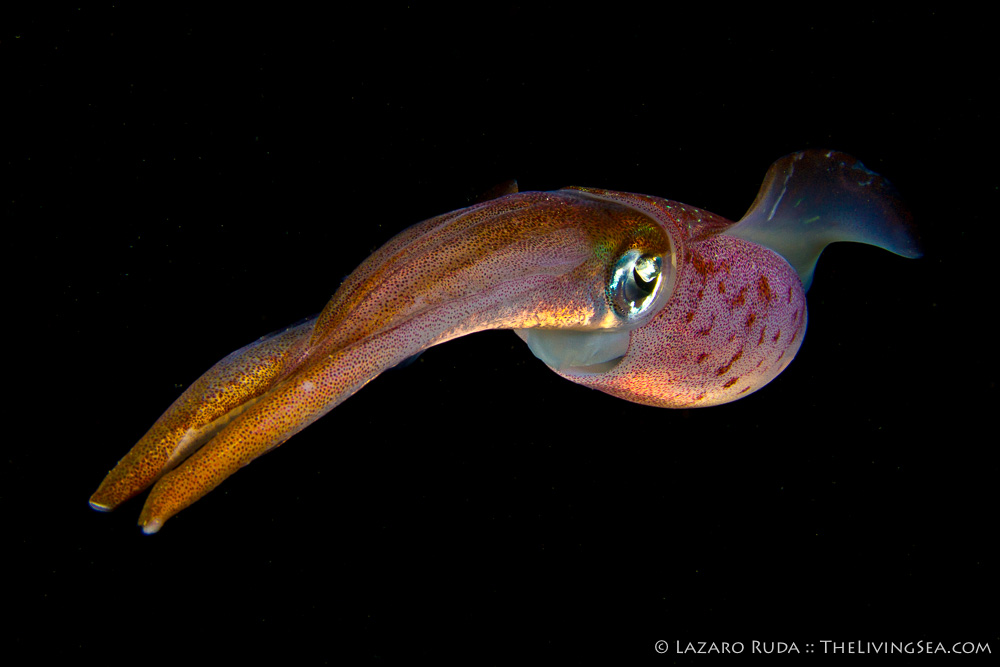 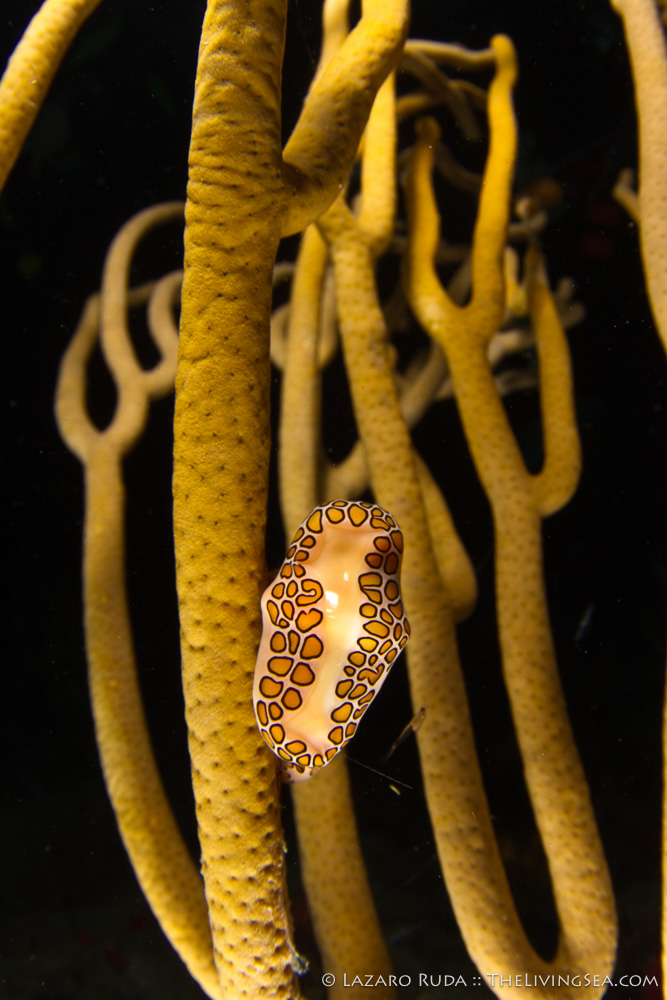 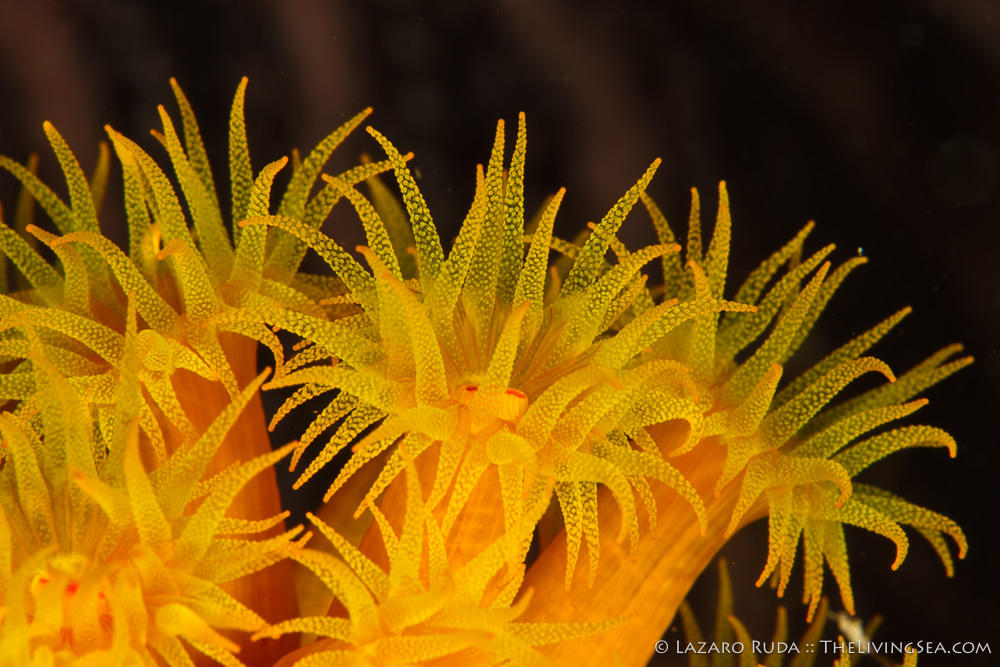 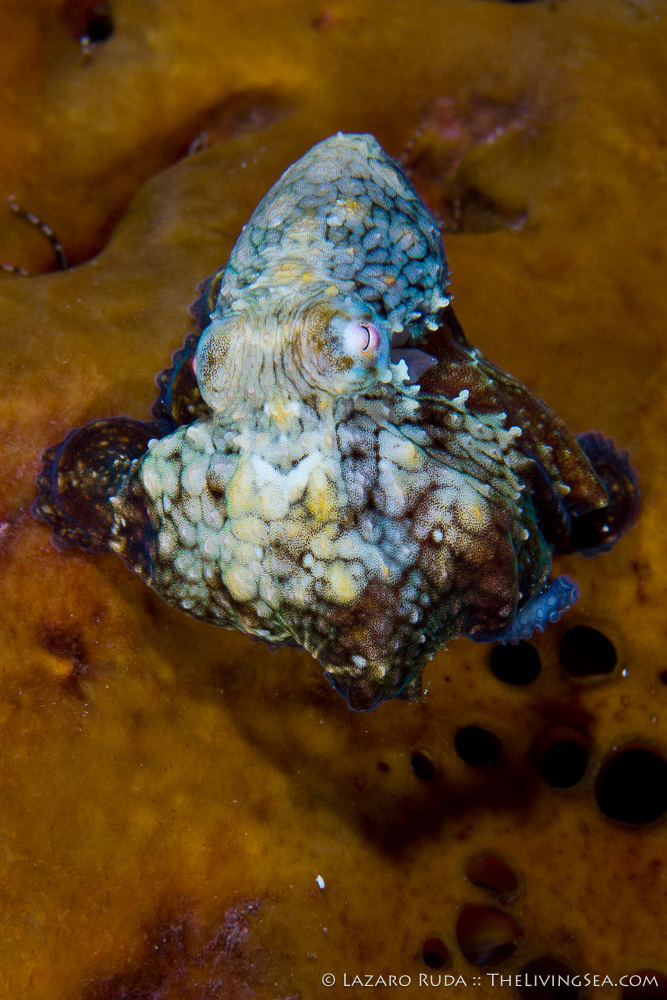