I recently found myself hovering in one spot no larger than five feet by five feet for over two and a half hours the other day in my unyielding desire to discover something new beneath the ocean waves. A good friend of mine had discovered and photographed one (of many) ocean Holy Grails a few days earlier and I was determined to find it.

Imagine yourself for a moment in the laboratory of the great Dr. Octopod Frankenstein. Before you on a test bed surrounded by Tesla coils and test tubes lies the abomination of the natural world. Something beyond the reaches of science. The Centaur of the ocean world! Better known among the fish nerd community by its latin name Acentranura dendritica (the Pipehorse) – part seahorse, part pipefish. A creature no bigger than your pinky toe.

So to make a long story short… I never did find the little guy. C’est la vie! The quest for the real Holy Grail wasn’t a success on the first try so why should I have expected any better. Now what I did find was just as intriguing. Sitting in one spot for that many hours is no less entertaining than people watching at Washington Ave in South Beach (Florida). All sorts of zany creatures come out of the grasswork!

Not far from where I hovered was the making of the next great epic. Discovery’s Shark Week had nothing on this! The BBC folks, makers of The Blue Planet series, would have had their high definition cameras rolling and ultralights flying overhead. It was Starfish Week at the Blue Heron Bridge! Sensing an approaching predator this Florida Prickly Cockle extends a muscle from within its mantle to help it escape. This photograph captures the split-second reaction before the mollusc leaps away.

A crafty and fast, by starfish standards, Beaded Sea Star (Astropecten articulatus) was on the hunt and just within reach of its arm (one of five) was a homely little mollusc by the name of Mr. Florida Prickly Cockle (Trachycardium egmontianum). Now this little mollusc didn’t look like much. In fact, it was nothing more than two hard shells held together by what look like a little spit and glue. But this determined Beaded Sea Star had heard of the mollusc’s aphrodisiaciatic effects. This mollusc, a Florida Prickly Cockle, uses its foot to escape predation. If caught, the sea star will inject its stomach inside the mollusc’s shell and digest the mollusc in place.

Alas, lying defeated, the Beaded Sea Star sank beneath the sandy muck while Mr. Florida Prickly Cockle, having received a 9.7 in the pole vault event in the Mollusc Olympics (no thanks to the French judges) stood basking in all his glory.

While my quest for the Holy (Ocean) Grail was an utter failure, I learned some important lessons that day. For one thing, never underestimate those homely looking mollusc for they are one of the ocean’s smartest and most ingenious creatures. And two, take the opportunity some time to spend hours looking at one tiny spot of the ocean floor. It is amazing the things that will develop before your eye. And who knows? You just might find the ocean’s Holy Grail in the process. 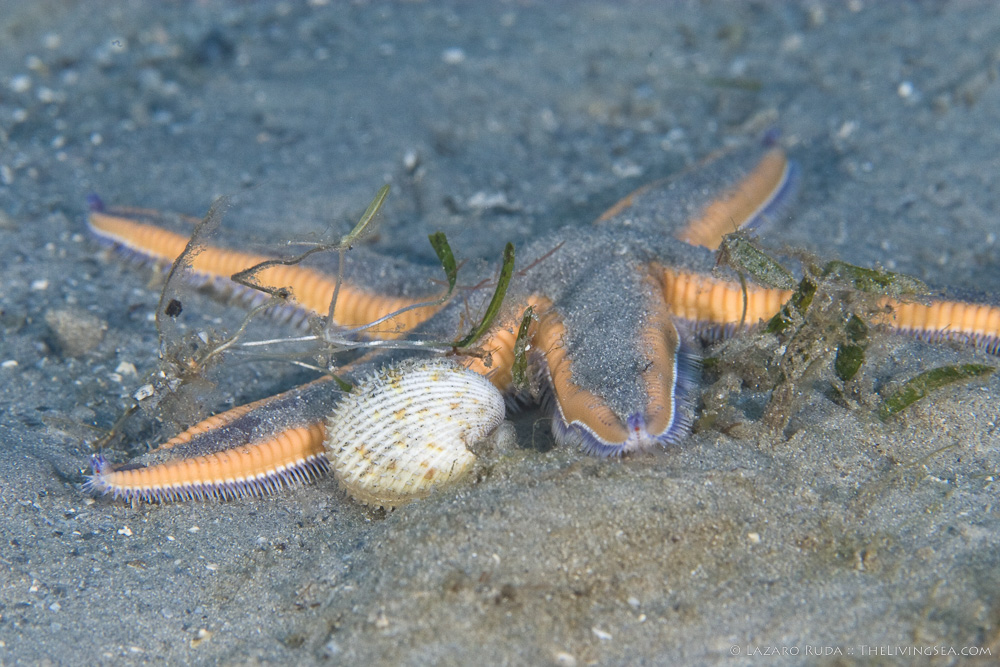 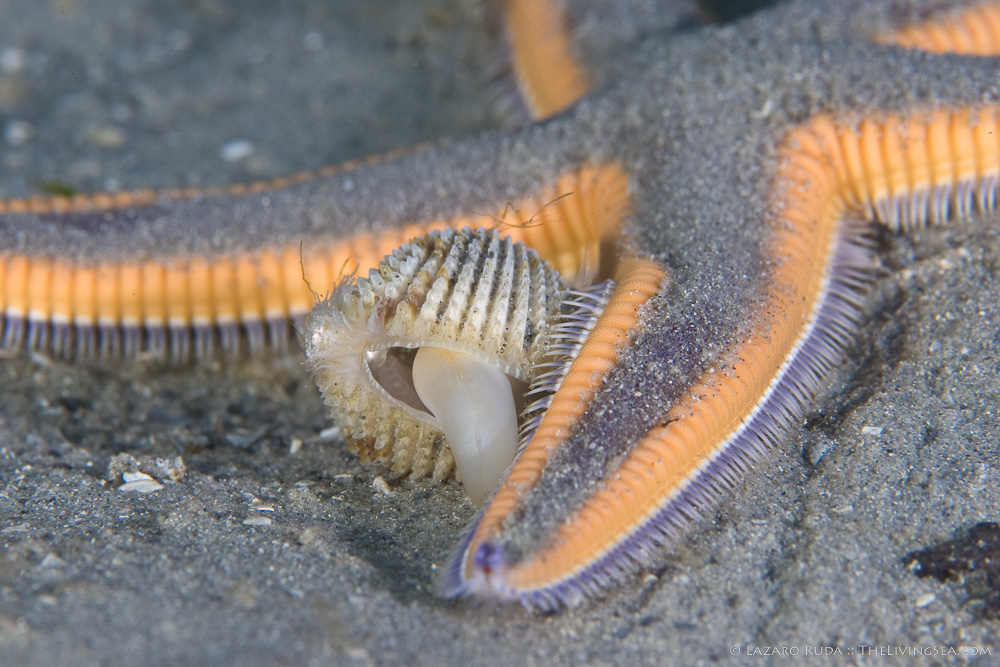 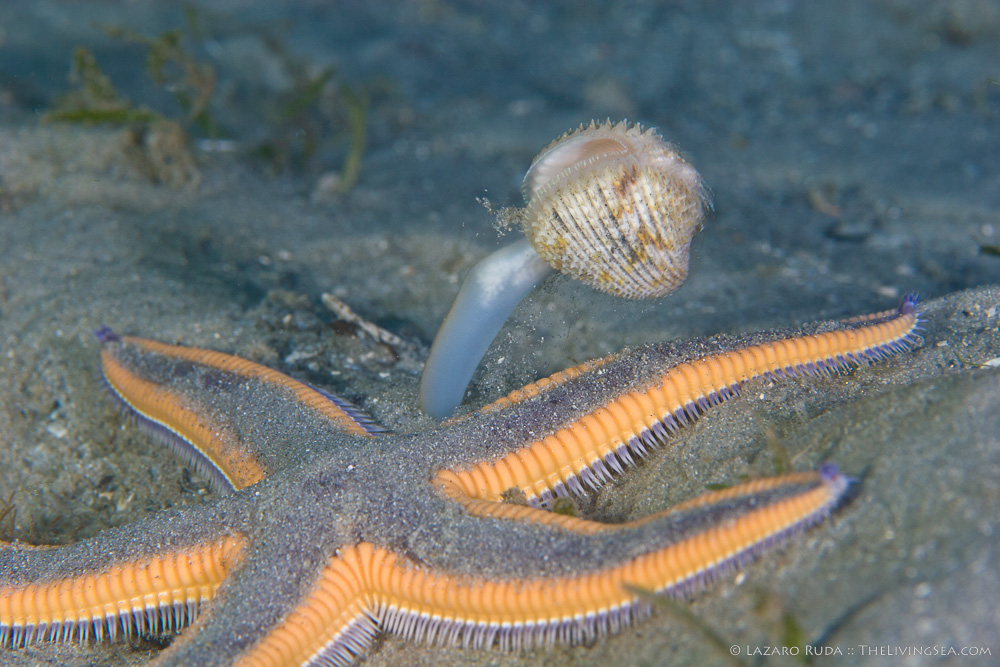 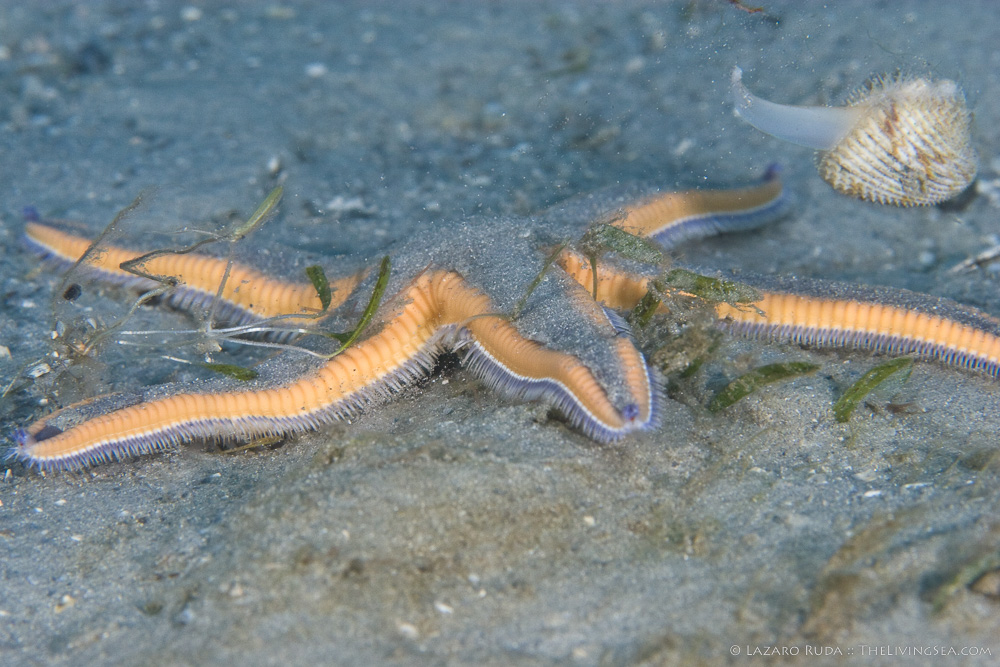