Another weekend – another hurricane headed in our direction. For the last couple of months Florida has had its share of hurricanes and this weekend is no exception. Quite the contrary, I would say, as a record setting hurricane by the name of Wilma sets her sights on Florida’s coast after devastating Mexico.

The one thing about hurricanes you quickly learn as a Floridian is that some of the most spectacular days follow that age old saying, “The calm before the storm.” With all the hurricane preparations done at home, I too set my sights on Florida’s coast — I grab my kayak, my underwater camera, mask and snorkel and head out to catch a spectacular FloriDay.

Approaching the boat ramp expecting to find a ton of boaters on a Saturday afternoon, to my surprise I find it almost empty. Only a handful of boats are parked at the boat ramp when usually the place looks and acts like a circus. Without having to dodge any gung-ho boaters on my tiny kayak, the ocean, it seems, is all mine. With three hours before the night will approach, I have plenty of time to enjoy the afternoon. Just past the high slack tide, with the tidal current to my back, I make my way out the boat channel. Some sailboat owners are busy making final preparations as they fasten their many lines to the docks. The quietness and solitude around me is a welcoming treat. Taking in a deep breath of air my lungs fill with the ocean’s salty fragrance. My eyes scan the water and sky. A lonesome Pelican glides with its wing tips teasing the surface of the ocean before it lands on the sandy shore. My mind ponders whether the animals know of the approaching danger and thus have fled the area.  I watch the Pelican grab some branches from the shore before taking to the sky once again. Could this Pelican also be preparing for the upcoming weather?

From a distance, some pieces of what appear like floating wood catch my attention so I head out in its direction to investigate. A collection of lobster traps lay huddled together without their buoys. Apparently the lobster fisherman thought it best to keep them here instead of in the ocean where the likelihood of losing them was greater. Another fresh prop scar runs through the seagrass where the traps rest; another uneducated boater at work, no doubt. You would think the state would require a boater to at least pass a boating course and preferably attain a boating license but alas, people will complain that their rights are being treaded upon. If only the seagrass could voice its own opinion.

Strangely enough, many Barrel Sponges litter the shore. Without any strong storms in the last couple of days to make me believe they were ripped off the bottom, I’m left pondering if it might be due to a die off caused by the increasing fresh water being dumped into the bay. Unfortunately, any hard evidence of this kind is likely locked away with the secret documents of Area 51.

The curtains of this underwater theatre open to reveal a spectacular show. A circus act of tiny fish and corals dance to the rhythm of the waves.

Schools of mullet ripple the edge of the water as they frantically swim away from the approaching fluorescent orange kayak. I glide a foot above the crystal sandy bottom as if on a magical carpet ride. My ears and mind entertained by the melodic rhythm of birds singing in the distance. The high-pitched sound of what I call in Spanish, a Chicharra (a Cicada), resonates in the background reminding me of my younger years in Key West where their sounds echo throughout that paradise island. A Blue Heron stands perfectly still in ankle deep water as it hunts for any unsuspecting fish that approach striking distance. Almost an hour has passed and I have hardly traveled a hundred yards.

A gang of squawking seagulls tumble through the air as a mouthful of morsels pass from one bird to the other in mid-flight like a perfectly orchestrated juggling act. With the open ocean finally in view, the glass-like water stretches to the edge of the horizon. The overturned roots of many Australian Pines decorate the shoreline as a reminder of the power of nature’s hurricanes. I can feel the distinctive temperature difference of the chilly water brushing my feet as they dangle along the sides of my kayak. Like a truck racing along a dirt road, a trail of sand remains where a fish had departed as my kayak glides above. Like a trapeze artist, my paddle balances ever so carefully as I pick up a floating plastic bag on the edge of the blade. The resounding sounds of an Egret’s comical fire truck-like honk echoes loudly through the nearby mangroves. From a distance my destination is in sight. A lonely red mangrove tree sits in waist deep water some fifty yards from its neighboring family that hug the coast. I learned through previous explorations of the area that this lonesome mangrove was a nursery to many juvenile ocean dwellers that dash through its maze of orange tunicate-covered roots. Locked in a stare like two western cowboys in a draw, this lonesome seagull watches me floating atop my kayak.

Approaching this burning bush of mangrove merriment, a lonesome seagull sits atop its branches welcoming me with a curious stare. Delighted by this seagull’s unheeded behavior my camera fumbles through my hands as I photograph this comical character. Less than ten feet stand between us as we stare at each other like two western cowboys caught in a draw. It isn’t until the machine gun-like chirps of a King Fisher echoes nearby that our stare finally breaks.

The King Fisher pauses in mid-flight and lowers is head as if to focus its aim. With a twist of its body it begins to plummet towards the Earth like an acrobatic plane in a nose dive. Its wings cocked back and its beak extended, the ocean swallows this winged acrobat for a second before an eruption of water reveals its presence once again. Like a Poseidon missile, the King Fisher shoots up vertically as though neither gravity nor water could hinder this wondrous avian marvel. In its beak glimmers the tiny reward of his exuberant performance. A tiny minnow twists and turns in its relentless attempt to escape the grips of the King Fisher’s beak. Too concerned with flight to set its attention on the withering minnow, the King Fisher circles dubiously in search of a perch where it can relish its catch.

From a distance other master fishermen, an Osprey and a number of white Egrets, watch the whole show. From afar, the bright white coats of the Egrets stand out through the olive green colors of the mangrove forest like the piercing reflection of a lighthouse in the dark night.

I follow in the direction of the King Fisher in hopes of capturing its photograph. A large Stingray sits motionless half buried in the sand as my kayak soars above. Behind me a commotion of splashes suddenly erupts. A Needlefish with a minnow locked in its pin-sharp teeth skips on the surface. Like the gang of Seagulls, other Needlefish chase the lucky individual in hopes of stealing its catch. Unwilling to give up, the Needlefish puts on his final winning performance as its body explodes through the water with its tail vibrating vigorously. In total amazement I watch this Needlefish walk on the surface of the water for about twenty feet before diving back in.

An old fossilized reef, now the home of many juvenile marine creatures, occasionally breaks the surface of the ocean like icebergs floating at sea. I set my small anchor in the sand alongside the reef and release fifteen feet of scope as the current finally settles my kayak alongside this shallow reef. I don my mask and snorkel before I carefully enter the water.

The curtains of this underwater theatre open to reveal a spectacular show. A circus act of tiny fish and corals dance to the rhythm of the waves. Up and down the juvenile fish move in blissful synchronization. A mystical, fog-filled forest of balletic characters dance to the ocean’s song. Towering Merman’s Shaving Brushes tango with Three Finger Algas. Sergeant Majors, in their most resplendent Napoleonic ensemble, march to the beat of the battering waves. Damsel fish circle and sway in elegant dance around the gentlemen Grunts in their royal attire. Bouquets of white Feather Dusters litter the ocean floor of this magnificent performance. This ocean ball is, no doubt, the masterful work of L. Frank Baum.

My journey through this watery forest of lushes greens amassed minuscule cliff side canyons provide me with a giant’s perspective of this miniature wonderland. Fish of all colors and sizes, alien-like anemones, and candy-colored sponges with moon-like craters stand inches in front of my looking glass. For over an hour, gasps of lung-filled air provide me with numerous visits across two different worlds. As the day ends I drift on a sea of gold

With the sun’s race almost complete, I am forced to depart this divine land and so my journey retraces its previous path. The seagull, still perched on its lonesome mangrove tree, stares at me inquisitively as I glide along side it. The Egrets, once the spectators of the King Fisher’s masterful fishing technique, dance in their drunkenly state across the edge of the sea in their chase of fleeing fish. A gaggle of Pelicans celebrates the day’s completion in showery splashes as a gang of seagulls laugh in mid-flight at the Pelican’s enjoyment. Tiny schools of fish direct my path through the shallow bay like a flotilla of tugboats.

The endless sky mingles with the ocean in an explosion of vibrant colors while the night sky approaches behind me. The whooshing sounds of a Cormorant’s wings fade into the distant setting sun. A westerly cool breeze brushes my skin as I seize to paddle my kayak. I drift in mid ocean lapping a sea of gold. Along the shore many a bird stand attentively capturing the sun’s final act.

Like a rainbow painting the face of a mountain, the colors of nature’s imagination cover the sky. It is difficult to imagine that just beyond the dark horizon lies a different side to nature – tempestuous and raging with fury. Humbled by nature’s power, whether in the beauty I have just experienced or the wrath that awaits me, I drift in her divine hands throughout every moment in my life. 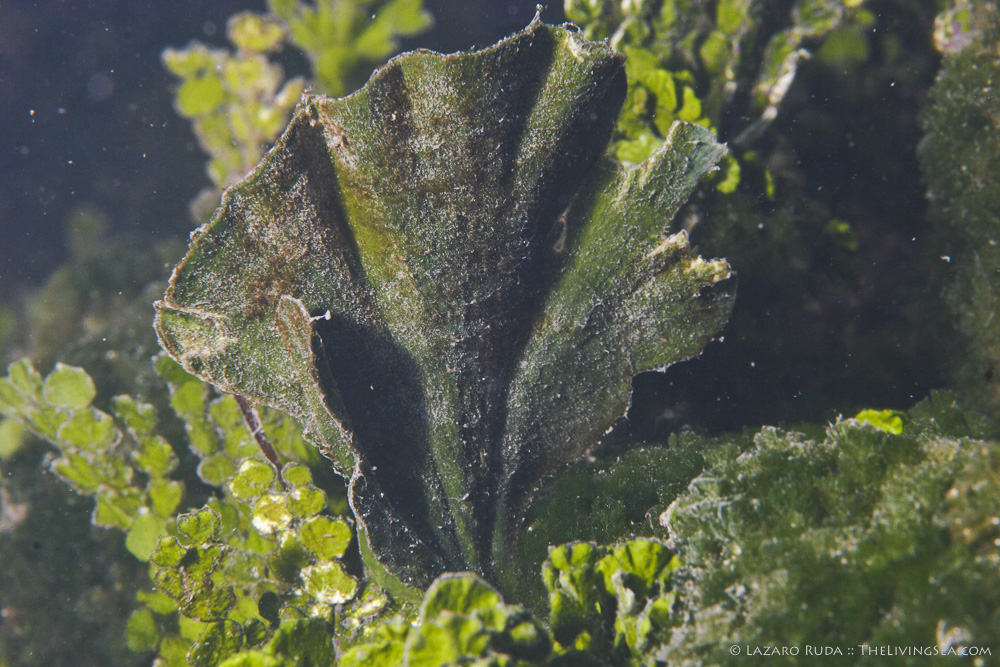 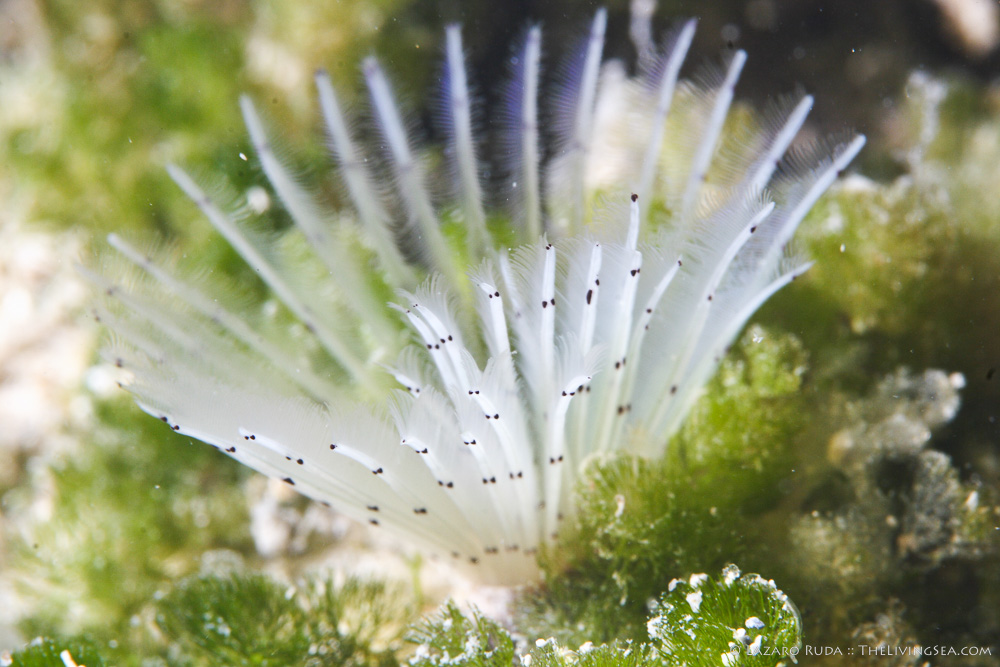 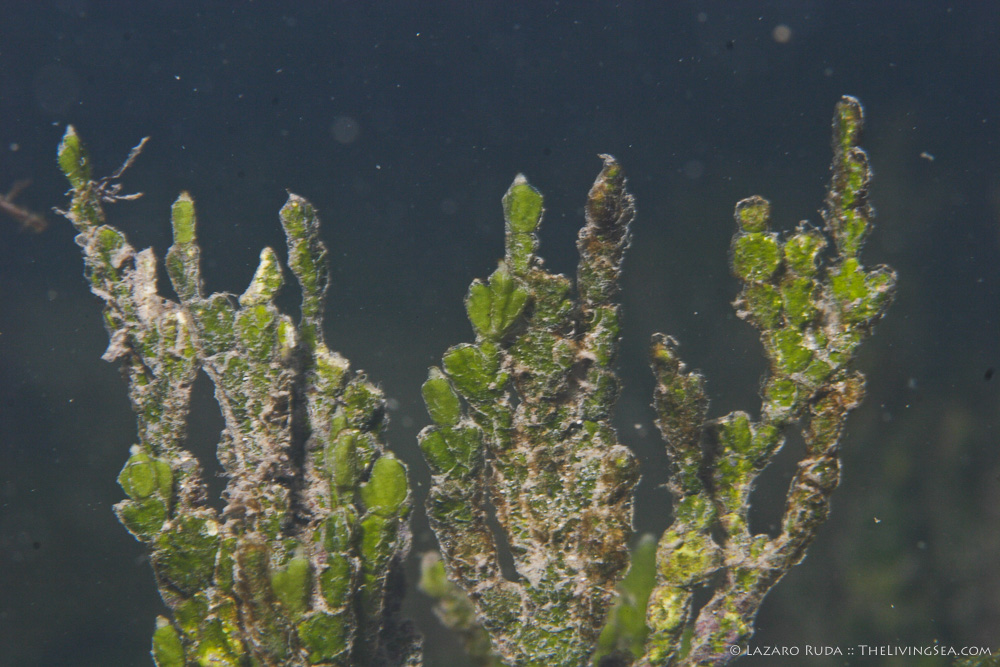 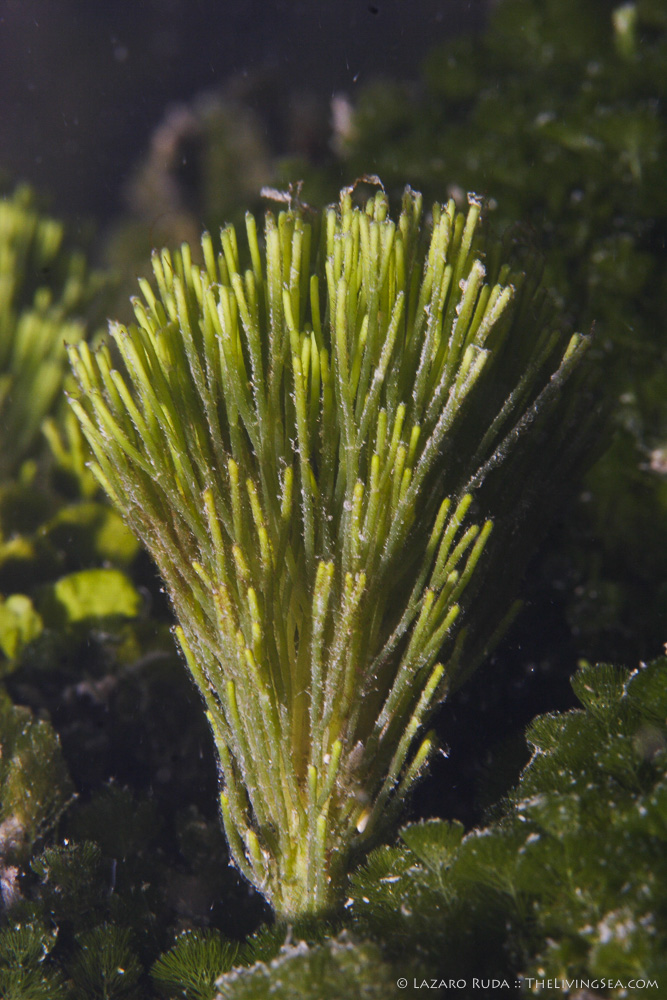 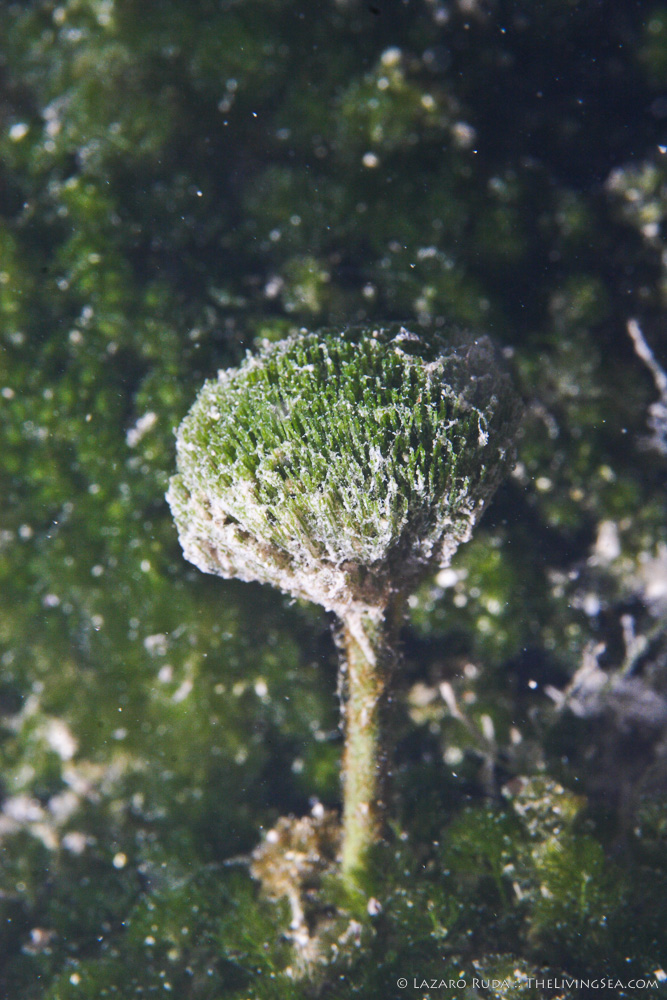 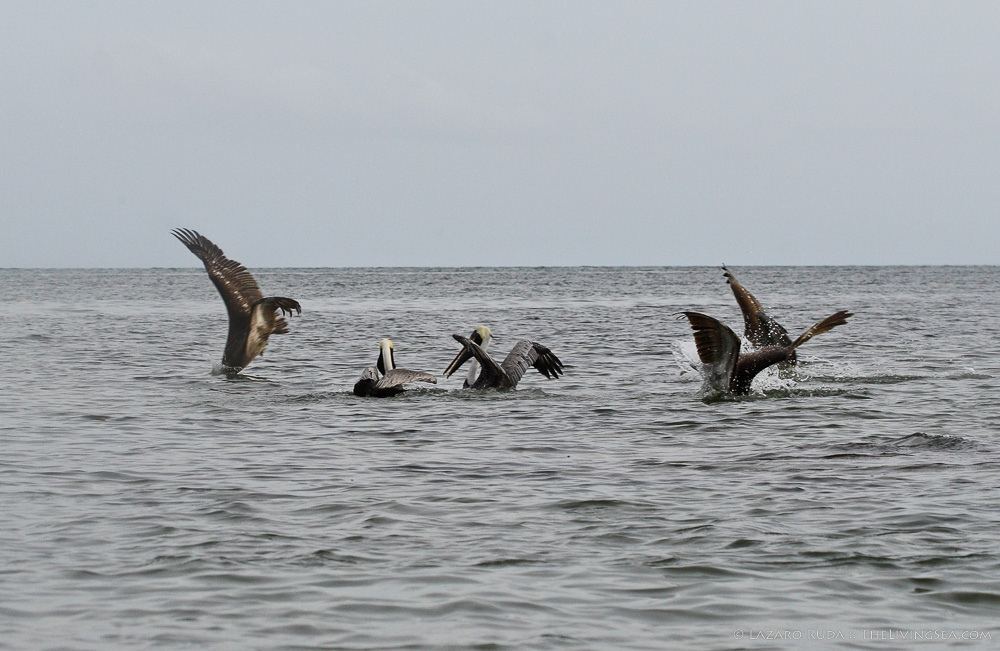