Coral Spawning — A Galaxy of Life

Adrift in a vast galaxy of darkness, the beam from my flashlight breaks on a constellation of orbiting life. It was just before the rise of a waning gibbous moon that I could see the noticeable differences in the corals before me. Seven foot summits of Montastraea faveolata dominated the landscape.

This alien colony, dressed in green fluorescence, bore in its bosom a new life force. Twelve moons ago this new life began to take shape. Hundreds of tiny eggs joined together and began their arduous journey. A month before they were to leave the womb this tiny packet, no larger than five millimeters in diameter, was intermixed with sperm.

Evolution has allowed its parent to become both its mother and father — an efficient hermaphroditic being. But nature would afford this new life force no easy path. For the coral eggs will not accept the sperm of its own parent colony. They must set themselves adrift in the great vast ocean in search of others of their kind. But so far I have told the story of just one coral polyp. The real magic lies in the method the parent helps their precious children survive. Working in a synchronous manner that would make even a symphony conductor jealous, these large colonies of coral polyps simultaneously release their gametes in a mass coral spawning event. Millions upon millions of eggs and sperm are released into the water column. Any predator anxiously awaiting an easy meal is quickly overwhelmed. The crystal clear water becomes a thick soup of coral life.

Although their parents have done everything in their power to assure the coral gametes survival, these miniature marvels of ocean life are plagued with many dangers — not only from predation by thousands of hungry mouths, but by the stresses of man. For should the coral gametes approach where man allows fresh water runoff to occur, changing the salinity level by only fifteen percent, their chances of fertilization will be bleak. The parents themselves will not spawn if they are stressed from bleaching and disease, conditions believed to be caused by pollution and global warming.

Should any tiny egg be fortunate enough to cross all perils, and become fertilized, it will continue to drift with the ocean currents. The egg begins developing into a planula and settles on the ocean bottom — sometime between two days and two moons. It will grow at a rate of up to five millimeters per year by means of asexual reproduction.

As the coral forms, with it grows the promise that helps sustain life on Earth. Joining the millions of other corals, it will help build the Earth’s largest structures — so large, in fact, they can be seen from the moon. The coral reef is an ecosystem that protects and feeds not only ocean life, but human life as well.

As I drift through the ocean, the beam from my flashlight shines upon the constellation of new coral life. Intrigued by the story these miniscule creatures tell, I look upon them like an astronaut looking down on Earth. My mind fills with astonishment… It fills with questions… But most of all, it fills with hope as I hover submersed in this galaxy of life. 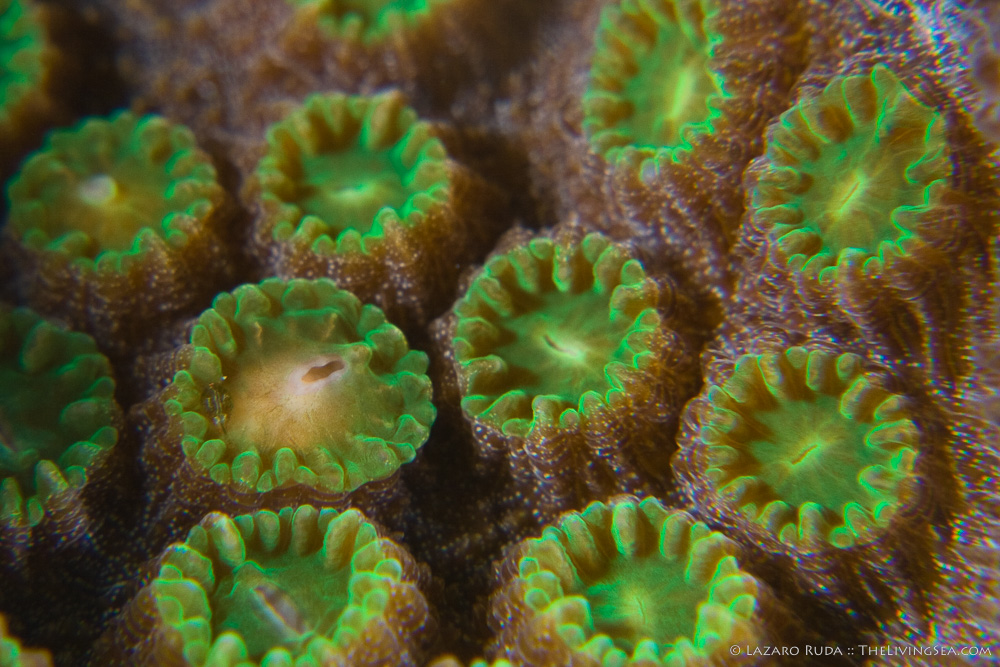 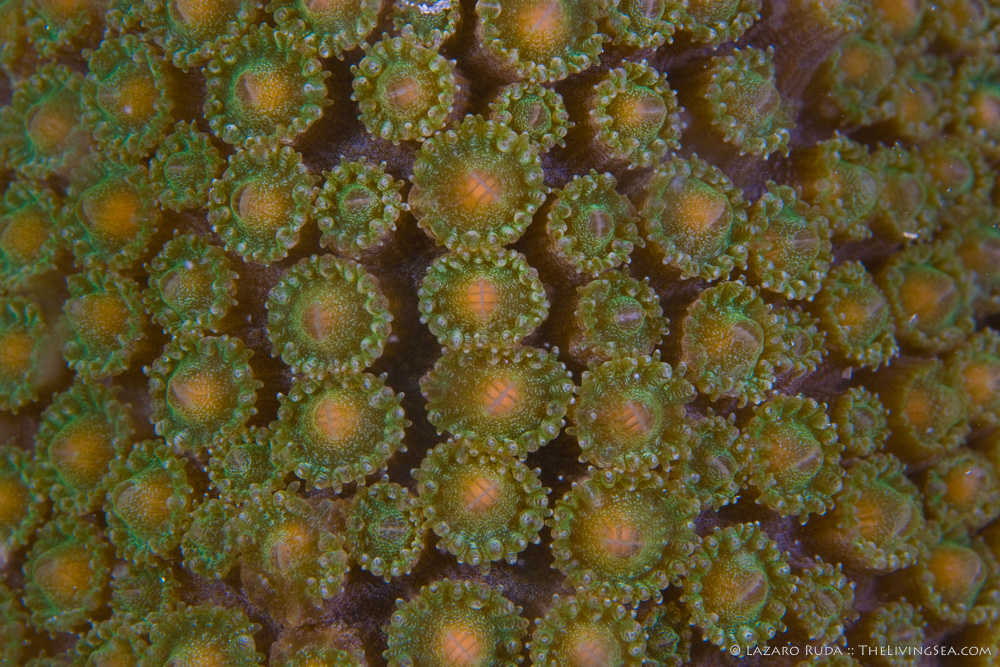 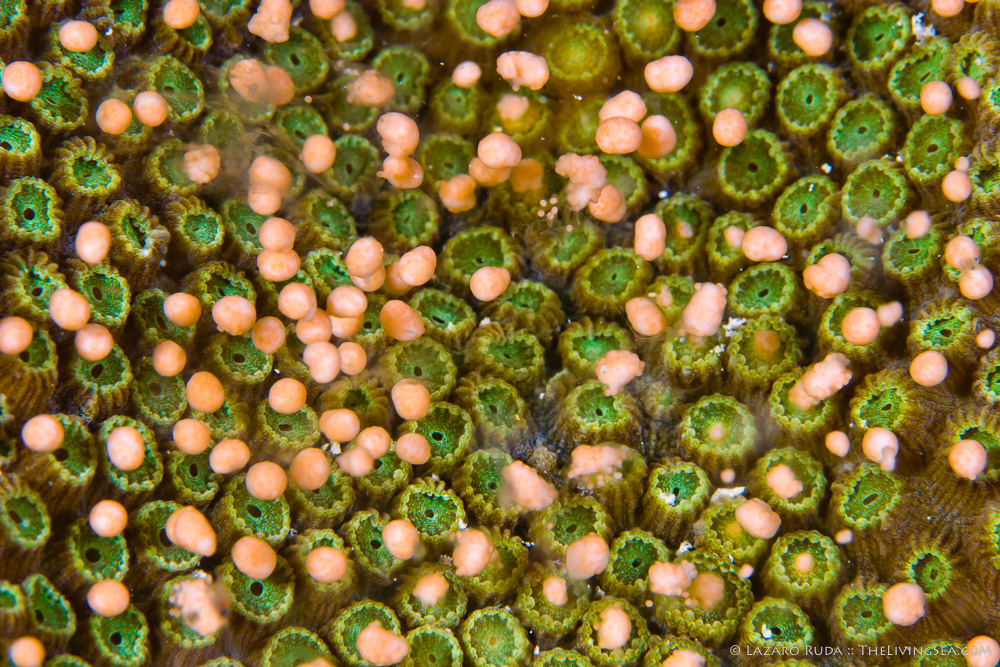 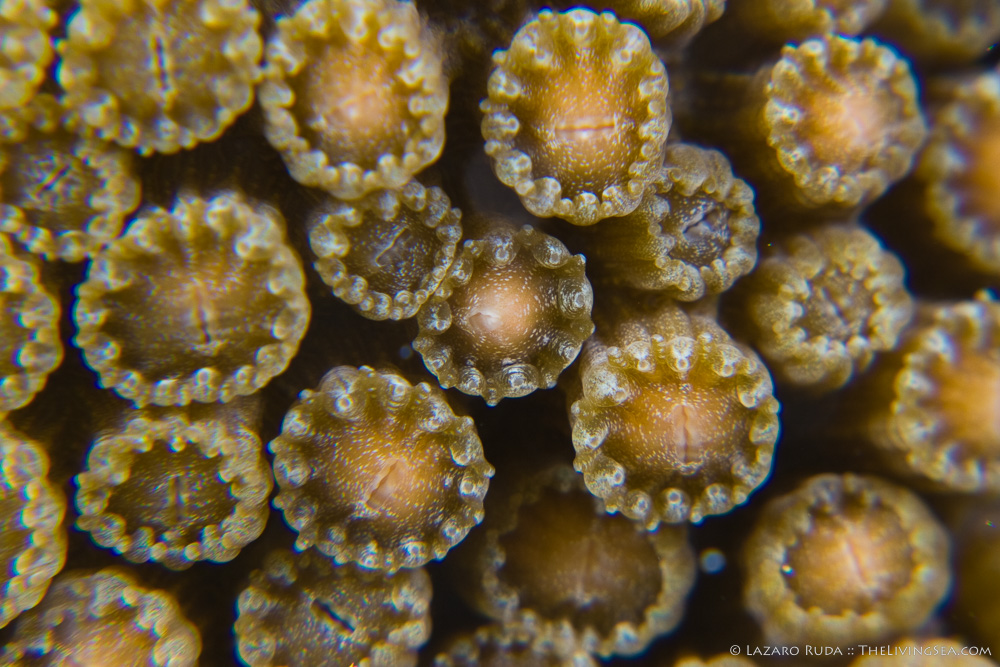 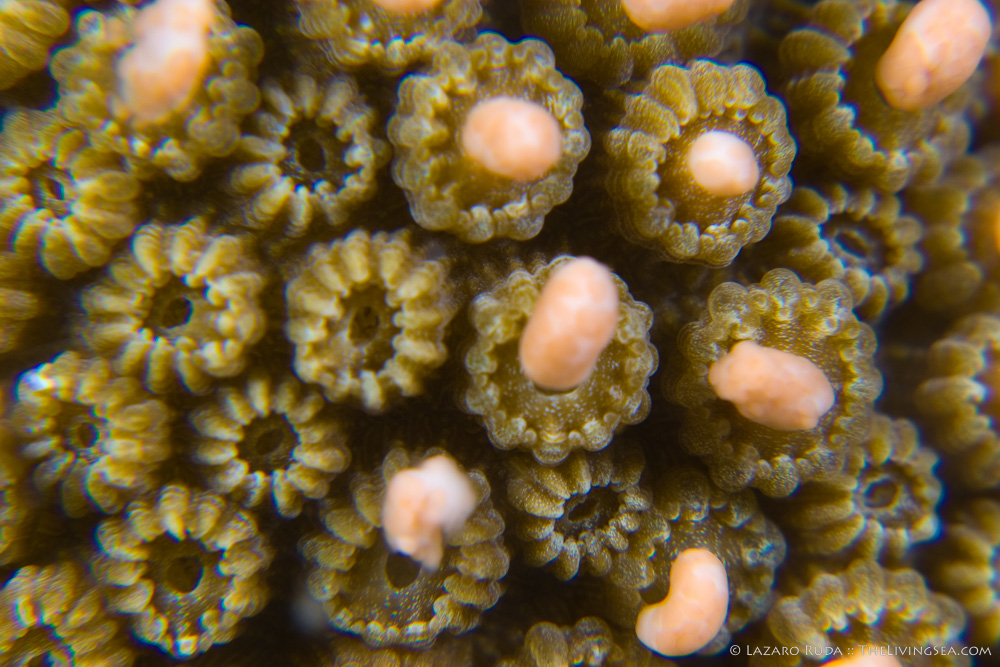 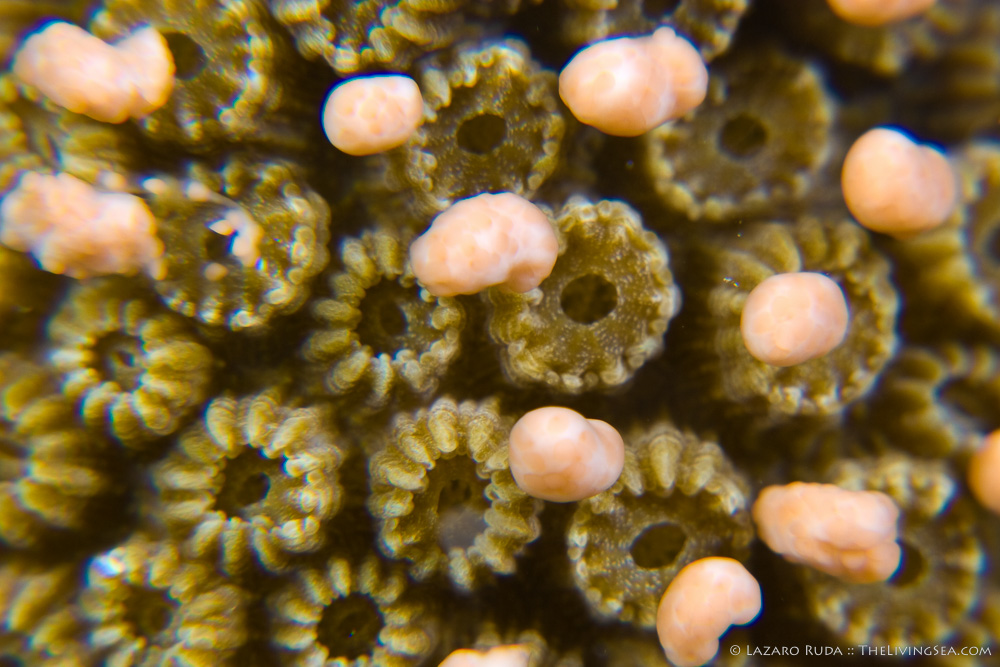